We are very happy to announce that Stroud District Action on Plastic have been awarded the 2022 Queen’s Award for Voluntary Service for outstanding work in the community. The community volunteer action group was nominated by Stroud Mayor Kevin Cranston and received letters of support from Hawkwood Centre for Future Thinking and The Summerfield Charitable Trust.

Stroud District Action on Plastic (SDAP) are one of 244 groups in the UK to receive the award, which is the highest award a local voluntary group can receive in the UK and is equivalent to an MBE.

The award recognises the work of the many supporters who have joined SDAP in eliminating unnecessary plastic in our district, including families, businesses, schools, local councils, colleges, doctors’ surgeries, clubs, shops, cafés, pubs, festival organisers and many others. Plastic pollution is still a growing problem and, as well as doing doing what they can locally, SDAP are also joining other organisations to lobby the government and big corporations for better policies and legislation. Most recently SDAP signed an open letter for World Refill Day and supported Greenpeace’s The Big Plastic Count.

Claudi Williams, one of the founders of SDAP, says: ‘We are delighted that our volunteers’ work is being recognised with this award. Plastic overuse and pollution is a scourge on the environment we live in and is a matter that concerns all of us. Tackling the problem by yourself can feel overwhelming. By working towards a plastic-free community we have shown that everyone plays a vital part, and that together we can make a real impact. We are deeply grateful to everyone in the local community who supported this initiative and volunteered their time and effort. With the UN warning that plastic pollution in oceans and other bodies of water may double by 2030, there is still so much to be done!’

You can read all about this year’s awards in the QAVS gazette, including a special feature on SDAP, and in the Stroud Times. 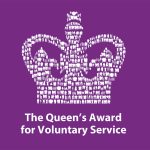